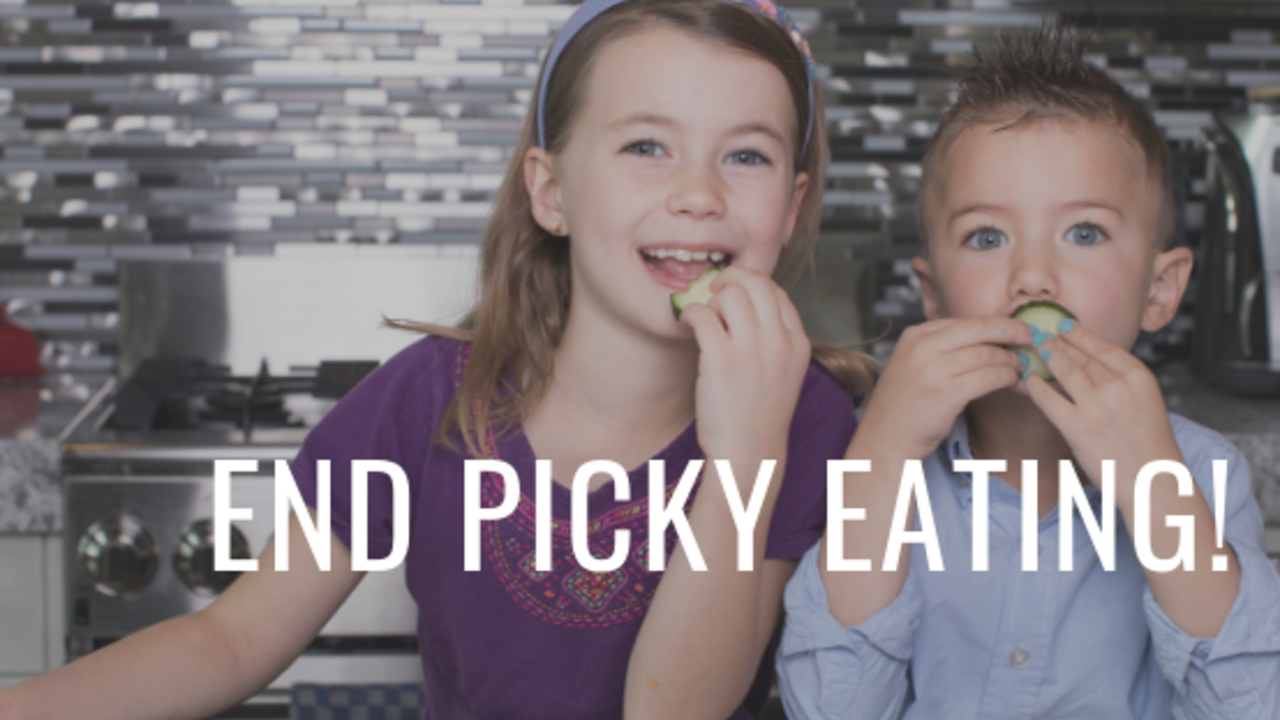 Are you struggling to feed a picky eater at home?

If so, I’m guessing you just want to just stop stressing about how much your kid eats! You want your kid to try new foods without complaints. And you’d like to have more peaceful family dinners – to end all the yelling and the tears!

But there’s so much conflicting advice out there on how to do this! From your doctor,  your mom, friends, blogs….

And maybe you’ve tried some of these common tactics and discovered that for your kids, the “one-bite rule,” “three-bite rule”  or making them clean their plate just doesn’t work very well.

In fact, the more pressure we put on our kids to eat, the less they end up actually eating. And it just leads to battles at the table. In this blog, I’ll share why this happens.

Because the number one goal is for us to create peaceful family meals. You want dinnertime to be a place where everybody wants to come to the table, and we’re producing positive family memories.

**As a caveat before I get into the content: I just want to say that for some children, the three-bite or the one-bite rule might work. If your child tastes the food for the first time, they might decide “this actually is yummy. I’m going to eat more of it.” But most picky eaters are stubborn – and it won’t work for them.**

The number one reason why the three-bite rule sucks: It can create a lifelong hatred of the exact food you’re trying to get your child to eat more of.

I know adults who still won’t eat broccoli because their parents always forced them to eat broccoli when they were a kid. Maybe you’ve had this experience, too.

And research backs this up. There was a study published in “Appetite” that surveyed college kids and found 69% of them had been forced to eat food when they were younger. Out of that group, 72% said that they would no longer eat that food. So it can lead to a lifelong rejection of that food.

We all have some food we don’t like. I don’t like stinky cheeses. I don’t like olives no matter how many times I try olives. My kids all love olives, but they all have certain foods that they don’t like, too and so will your child. And that’s okay.

The number two reason why the three-bite rule sucks: It messes with your child’s natural hunger-fullness signals.

Forcing your child to eat more than they want to doesn’t allow them to listen to those internal signals.

If your child knows that dinner is going to be a fight, they’ll come to the table stressed out. Those stress hormones like cortisol are going to be high, and then physiologically this will decrease their appetite.

Or maybe your child really isn’t hungry. How do you know that?

Maybe they’re not going through a growth spurt at that point. Or maybe they’ve eaten enough through the rest of the day to meet their minimal calorie needs.

It’s very normal for kids to eat little to nothing at dinner, even though we have such high expectations.

Kids are really good at listening to their hunger and fullness signals – if we let them. This is a great skill, and we want them to continue eating for hunger, rather than external reasons. Like praise from your parents or because you’re forced to!

The third reason why the three-bite rule sucks: Nobody wins this fight.

If your child is stubborn, they’re not going to choose to eat more of that food on their own will. They’ll just eat the one bite that you forced them to eat. That’s because they’re stubborn!

If they said, “Ooh, I love these brussel sprouts. Can I have more?” that would seem like defeat on their part.

Really, kids have control over very little in their lives. One of the things they do have control over is if they eat. So if they feel that pressure and lack of control, they’re going to try and exert some control. By refusing to eat, if they know that you really want them to!

Another study published in “Appetite” found that when kids were pressured to eat, they experienced early satiety. So they no longer became hungry.

Again, pressuring kids to eat often backfires. They actually end up eating less. We’d rather choose for them to eat these foods on their own, without pressure.

This way the stubborn child will be far more likely to decide that it tastes good and choose to eat more of it. Both that night and in the future.

I hope that helps explain a little bit why most of these dinner rules don’t work well for most kids. If you want more support on what to do when feeding your picky eater instead of the three-bite rule, sign up to watch my free 3-part video series to help you manage your picky eater(s) here.