How the division of responsibility worked for my picky eater 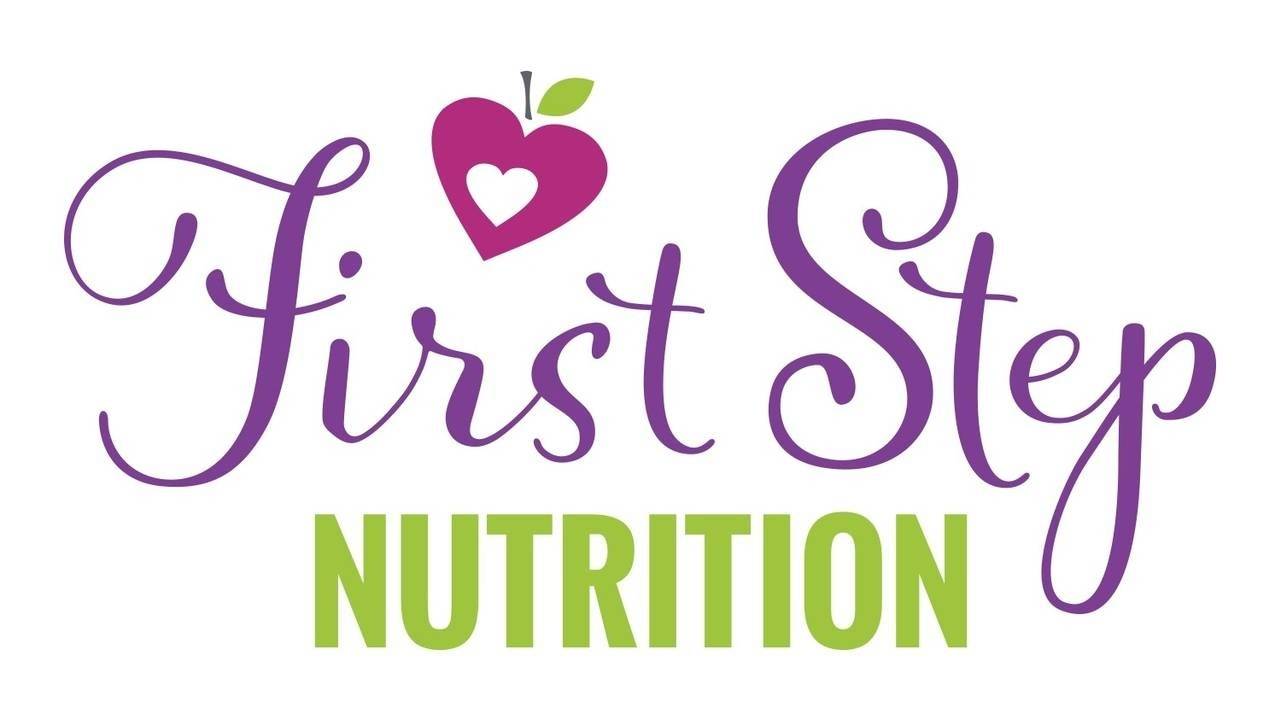 How the division of responsibility worked for my picky eater

*This is a guest post from Sarah, a fellow dietitian & mom of three I requested Sarah share her story with you, as she has been through the experience of raising a very selective eater. Following The Division of Responsibility in Feeding, Sarah’s son has finally has made it past the pickiest stage. I have many clients who are hesitant to believe that this method can really work. Well Felix is proof that patience pays off!!*

“I first became interested in pediatric nutrition after my first year of university. I had a job at the local community health unit, working for the community nutritionist as a summer student. She encouraged me to read all of Ellyn Satter’s books on child feeding. This was my introduction to the feeding relationship.   Ms. Satter defines the roles of parents and children in feeding and her 30+ years of research show how trying to do your child’s job with feeding or letting them do your job can lead to a dysfunctional feeding relationship.

I went on to complete my degree and, within a couple of years, worked exclusively in pediatric nutrition. I taught Picky Eating classes in the community to help parents manage their child’s selective eating. I was pretty confident about how to prevent and manage pickiness and Ellyn Satter was my guru.

In 2007, I had my first child. She eagerly ate everything put in front of her. She was very easy-going and compliant with eating and you could easily ask her to try something unfamiliar. She was followed 18 months later by my second child. My second child had a very adventurous palate but needed to be left to try things on her own. Satter’s work calls that “sneaking up on the food”. She was not someone that you could ask to just try one bite. If you did that, she would absolutely refuse. Their personalities and approaches to eating were so different that it really made me see how you could have multiple children but only have one that was picky. I continued to follow the feeding relationship with ease because, although they were different, they were both happy to try new foods and ate a varied diet with pleasure.

My third child was born in 2011. He suffered from reflux and required medication from about 6 weeks of age. At nine months, he developed asthma. We were in the ER with him every 2-3 weeks for 9 months. He had an Aerochamber forced onto his face to get inhaled medication twice daily from about 11 months on. In hindsight, that is also when the picky eating began. We had always followed Satter’s Division of Responsibility with him and he’d been fairly eager to eat solids as a baby. He breastfed well and enjoyed drinking from a cup. Something changed at the 11-12 month mark though and he started to refuse food.

It did not change our approach to food. We continued to decide what to offer, when to offer and where to offer food. He decided if he would eat at all and how much he would eat. From twelve months of age to about two and a half years of age, he mainly ate bread, oatmeal, peanut butter, and fruit. He developed a milk allergy which limited him further. Not a piece of meat or vegetable crossed his lips. When he needed bloodwork for his asthma, I asked them to check his iron stores to make sure he wasn’t anemic. His iron levels were fantastic despite his limited intake. He was always a petite child and he continued to follow along his weight curve at the bottom of the growth chart. Occasionally, my husband and I would question whether we were doing the right thing in continuing to follow the feeding relationship because he didn’t seem to ever want to try new things. He would eat huge volumes of oatmeal at breakfast and peanut butter sandwiches at lunch. He eagerly came to the table for each meal and snack. If he didn’t like what we were having, he would cheerfully ask to be excused (occasionally yelling “Ew, yuck,” when he saw the food). Despite the low variety, he grew and thrived.

The change in tide started when he was two and a half years old. At that time, I offered scrambled eggs with toast and fruit for dinner once/week when my husband worked late. Usually we ate family meals but, on that night, he and I would eat something different later. Each time I made scrambled eggs, I would wordlessly place about a tablespoon of egg in a bowl in front of him. He was never pressured to eat it but it was always there if he wanted it. One night, he ate it. “Oh!” he said in a shocked tone, “I yike dese!” From that point on, he would eat scrambled eggs. He branched out into egg salad sandwiches a few months later. He started eating French fries and then moved onto mashed potatoes and roasted potatoes. It seemed like a very slow progression at the time but he was probably starting to try one new food every week or two. Kids often see different forms of the same food as being different foods and that was definitely true for him. He still loves scrambled eggs, boiled eggs and egg salad but will not touch a fried egg.

I serve raw veggies as an afternoon snack daily. The kind of veggie depends on the day but there are usually 2-4 different kinds on the platter. He ate cucumbers at first and gradually moved on to other kinds. The first time that he tried broccoli, he ran towards me, shouting, “Mom! I just tried broccoli and I liked it!”   When he tried a chicken leg for the first time, he exclaimed, “I don’t like it. I love it!”

He is five years old now. He is still fairly hesitant with new things but continues to come to each meal and snack eagerly. When he tries something new, he almost always likes it.   He continues to grow on his growth curve and eats a well-balanced diet. He probably still eats slightly less variety than his sisters but that is changing all the time. He suffered no harm from his limited diet and I have no doubt that he will grow into an adult who eats a variety of food with pleasure.

There is a lot of pressure on parents to have their children eat “the perfect diet”. Pressure on parents translates to pressure on kids and it often has the opposite effect of what people are intending. Following Satter’s Division of Responsibility did not lead to a quick resolution of his pickiness but it did work. I still teach classes on managing picky eating and have faith in the method. I think I am a better teacher for having lived through it. I have a greater understanding of how hard it can be in the thick of things and I was lucky to have a spouse and family doctor who supported my approach.”

My husband and I have been sticking to the “kitchen is closed” rule and not letting Jack graze all day long anymore. There was a day or two of push back, but Jack now has learned to not ask for snacks all day long, and he is just waiting for his allotted snack and mealtimes. (though sometimes he does as when the next meal is).

We’ve been relaxed at dinner and not pressuring Jack, we are eating family style…. we are trying very hard to implement pretty much everything you said, and we are seeing big changes ALREADY.

Jack has been trying new foods left right and centre with almost no pressure from us. I think he’s tried like 10 new foods on his own since you came here.

For example, for like 2 YEARS I’ve been telling this kid that cinnamon buns are awesome, and that they are a treat he just NEEDS to try. I’ve been all “Jack, just try it. I PROMISE you’ll like them, EVERYONE likes cinnamon buns”…. but he has refused to even smell one up until this point. I don’t know why. He’s always just looked at them and said “No.” This week he just out of the blue asked if he could try one on “treat friday”. Just like that! And he’s all excited to go to the mall after school on Friday and try his first cinnamon bun.

He ordered different food from restaurants that he’s been eating at his whole life and always ordered the same thing until now.

We’re also letting the kids each help with the meal planning once a week by asking them to choose a healthy meal once a week and we write it in the calendar when I do the rest of my weekly meal planning. Then the rule is they have to help prepare dinner when it’s their night. The kids are LOVING flipping through recipe books, and LOVING learning new kitchen skills. Jack chose a salad this week. A SALAD, Jennifer. MY little boy chose a dinner salad, in fact, two weeks in and he hasn’t chosen pizza or pasta once…. and prior to those were the ONLY two foods he’d let me put in front of him without whining. I think they like the ownership over picking out a meal and preparing it. And they like hearing everyone thank them for the meal (we’ve insisted on the “you must say thank you” rule)

My daughter even went to bed tonight flipping through a kids cook book instead of reading comics.

Honestly it was like as soon as I relaxed a little, I let him have his job, and I just stuck to mine, everything has been changing rapidly.

“I just wanted to say thank you!  This program has helped tremendously!  It felt like my son was never going to try new foods and last night for dinner he ate a pork chop and not only picked up broccoli but actually took a bite! I thought I must be dreaming. Both foods were new for him to try much less eat. Then the icing on the cake was he even ate Vietnamese food today at a restaurant around people he doesn’t know well. I know there will be days were he will revert but I see that a much more relaxed/open approach was exactly what my son needs. Thank you again! ”

Want to learn more about how you can end picky eating too? Watch my free training “How to teach kids to try new foods without struggles at dinnertime”