When can I start solids with Baby Led Weaning? 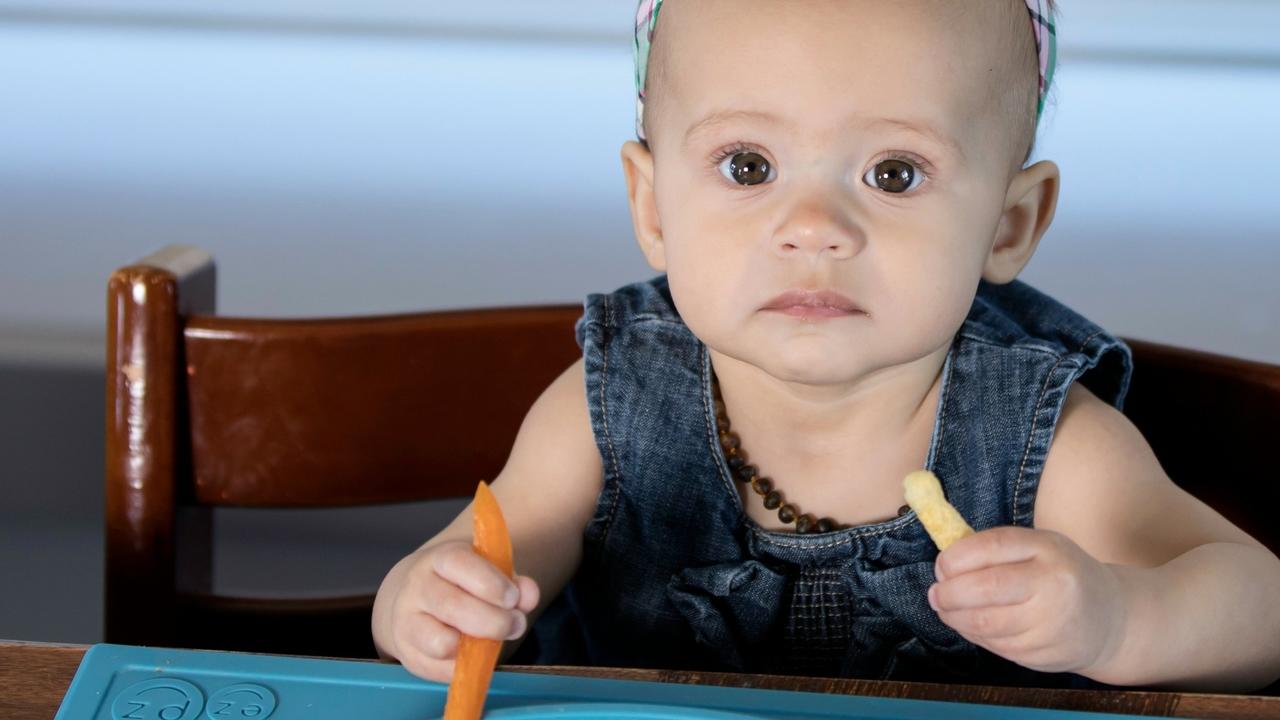 When can I start solids with Baby Led Weaning?

“My baby is six months or older doesn’t sit unsupported, so I’m not feeding him solids yet.” I hear this over and over in my Baby Led Weaning Facebook Group. There seems to be this myth out there that baby needs to sit on his own independently for a minute, two minutes, maybe five minutes – before starting baby led weaning or self feeding. I’m not sure where this came from. Even Gill Rapley, the creator of the term “Baby Led Weaning” has an article on her website and she explicitly states there’s NO “60- second rule”.

They do, however, need to be able to sit with support. Your baby does need to have enough strength in their trunk or body and their neck. So that when they are seated supported in a highchair, they can lean forward to grasp food and get it to the mouth without needing their arms for balance. And they need to be able to lean forward and spit food out, if needed. If they don’t have the strength to lean forward and they’re just in reclining mode, that can be a choking hazard.

So what could the “support” be, if you find the highchair isn’t supportive enough for your baby and they’re leaning to one side? You can roll up towels and place them either on either side of your baby or one side of them, even under their bum if they’re not high enough. The highchair tray or table should come to between about their nipple and their belly button. And their feet should be supported as well, to help them to be able to self-feed.

So even if your baby has just turned six months and they can’t sit fully unsupported, they should have enough physical strength to self-feed. If that’s supported, that’s okay. If they don’t yet even have that strength, then they may not be quite ready, and it’s okay to start with purees as well.

Beyond physical strength, what are some other signs babies are ready to start solids?

There are a few reasons why you may need to start solids early, on recommendation of your doctor. Such as reflux. But in that case, you’d likely be starting with purees.

If you want more information about how to start your baby on solids, especially using baby led weaning, you can hop over to my Facebook group at www.BLWCommunity.com.